League of Nations in Geneva

The League of Nations in Geneva Switzerland was founded just after World War I.  It was intended to promote disarmament, prevent war, settle international disputes and improve global welfare.

Unfortunately, the League was unable to prevent the aggression that occurred by the Axis Powers during the 1930s.  Consequently, it lost much of its credibility and was replace by the United Nations after WW2. 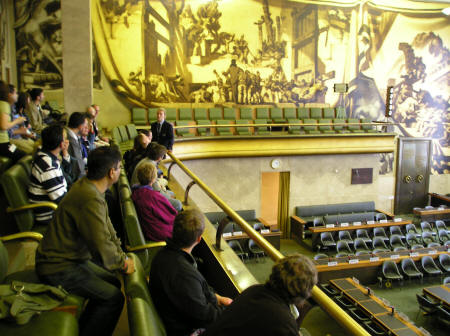 Visitors to Geneva Switzerland can take a tour of the United Nations and visit this historical chamber.