An archaeological exhibition located in the basement of Cathedrale Saint-Pierre in Geneva Switzerland is now open to the public.  This important archaeological site was discovered in  1976 when the cathedral's foundations began to falter and investigations were undertaken. 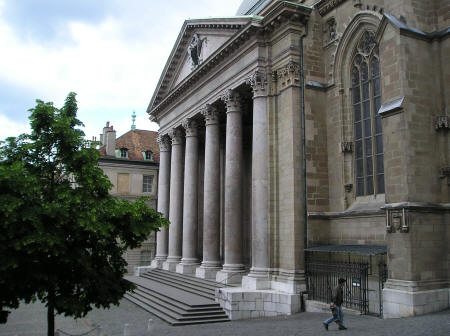 Two 4th-century Christian sanctuaries, a mosaic floor from the late Roman Empire, remnants of three early churches, and an 11th-century crypt were discovered.